It has been roughly a month now since I've graduated from grad school. With some time to reflect and recover, I thought it'd be a good idea to look back on my experiences. Grad school was by no means easy, but it had taught me a couple of things. In today's blog post, I'm going to share with you the four things I've learned from attending grad school.

1. Time management is still everything.

Believe it or not, time management is still relevant. Unlike being an undergrad (experiences may vary), one of the critical separators is having more responsibilities.

As I made my way through grad school, I noticed, a few of my classes had undergrads. There was nothing wrong with this, but I did learn that it was very intentional. As a grad student, you had more responsibilities, such as being a team lead and making sure everything gets done and turned in on time.

You were also in charge of documentation and the final deliverable if the class was project-based. All this sounds very simple at first, but boy, was I wrong. Checking in with everyone and making sure everything is on track is very time-consuming. Often when I lose track of time, I notice I derail, and it gets pretty bad.

It gets especially bad when you work with other grad students. Sounds silly, right? The one thing I appreciate more about working with undergrads is that they are most likely not in their careers yet, so their time is a lot more flexible. Time management becomes the key aspect of every major class project and, of course, solo projects and homework.

Winging it or going with the flow may work out at first, but it is a lot more work. A lot more unnecessary work later than upfront. Had I been better at managing my time more, I would have burned out a lot less. Sometimes though, it's not even your fault.

It sounds pretty similar to freelancing and working with production teams, doesn't it?

2. Groups are a give and take.

Not all group projects work out, and it is very accurate. Like working in the real world, sometimes you may come across groups of people you dread working with. Grad school is no exception.

You have to understand, though, that it is okay. During my time in grad school, I've encountered many groups that made it very painful to survive the class. They were always late, never responsive, or did work last minute. It made things difficult for everyone, and it can get stressful, much like a production project.

It had taught me that a lot of school project groups are a hit or a miss. The critical thing is that you are communicative. Reach out and talk to the person who hasn't been showing up. Or even speak to the professor if you've already attempted multiple times. Don't let this eat you up but definitely don't stay quiet and sit on it.

Much like a production project, your time is valuable, and if someone else isn't doing their part, it not just you, but the whole team that goes down with team.

One of the things I'll mention over and over again is that you shouldn't rely on motivation. There were countless moments in school where I pushed through with sheer will power rather than motivation. What got me through grad school was the fact that I wanted to be there. It was the fact that I wanted that Masters Degree and the simple fact that what I had to do, just simply needed to be done like any other regular task at work.

Motivation had nothing to do with it. If you have a dream, you want to achieve then push through it with everything you've got. Motivation is a nice thing to have, but it is also a bad thing not to have.

4. Don't give up when times get tough.

Similar to what I've mentioned above, when you have no motivation it can feel tough to finish school. This has to be something you want, and if it is, don't give up. Times do get tough, trust me. When I failed my first class and withdrew from two, I was close to calling to quits.

I wasn't sure if game programming was the right path for me, but after some patience, I've figured out what I wanted to do instead. It took a lot of willpower to get out of the house every week, but because I didn't give up, I ended up discovering the better path for myself.

Most people give up just when they're about to achieve success. They quit on the one yard line. They give up at the last minute of the game one foot from a winning touchdown.

Grad school isn't the same for everyone. Depending on where you go and what degree you are in, the experiences vary and sometimes drastically. The most important thing out of this entire blog is that it's okay to fail, fail lots. That's how you become better, and that's also how you figure out what you genuinely want to do. 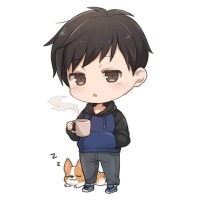 Tony V. Le
Hello, my name is Tony, and I’m an Experience Designer with 8+ years of experience in design and development. At heart, I am a developer first and a designer second. I enjoy creating interactive experiences, but I also enjoy designing and learning about the user’s experiences.
COMMENTS